A wonderful tour of imagination

When Aldair escapes from the church and the guards in Silium, and makes friends with an enemy, a Stygiann, he has no idea that his life will take a fateful turn, and the past that is revealed is against anything he has ever been taught.

So begins the first of four books by the late Neal Barrett Jnr that were first published in the 1970s and are now republished by Crossroads Press.

I am recording all four and we have just released Aldair In Albion, and I am working on Aldair, Master of Ships.

It has been an interesting journey as a narrator.  For reasons I will not go into (as I really do not want to spoil the story for you), the books contain a lot of names than have Latin and other origins.  Sadly, I no longer have Neal Barrett around to chat with about pronunciation.  Generally, I have stuck to classical Latin pronunciation, but I have taken a few liberties.  For instance, Y is normally said as a short "i", and I have stuck with this for the most part. But one people are called the Vykonens, and for reasons that will become clear, I needed that Y to sound like "eye."

Accents have also been fun.  Originally I wanted to follow current Earth geography and language, but I realised this was going to be idiotic. So, the Remians are generally southern English (varying in roughness), Vykonens have a vaguely Scottish accent, Stygianns have a dark, vaguely East European accent, and Nicieans have a kind of light Middle Eastern feel about them. And there are others.

But, as is my style, I don't push any of these terribly hard.  Despite some of the original book covers in the 1970s having an almost comic feel, the story is serious and dramatic.  And I did not want to make it comedic.

I hope you enjoy these books.  I read a couple of them when I was young, and I was worried they might be very dated, but they aren't.  Barrett's writing is as fresh and sharp now as it was then, and the story of oppression, freedom, and racism, is as relevant now as ever; maybe more so. 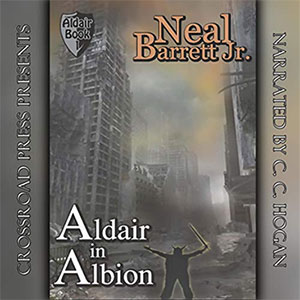 All my sites are hosted by kualo