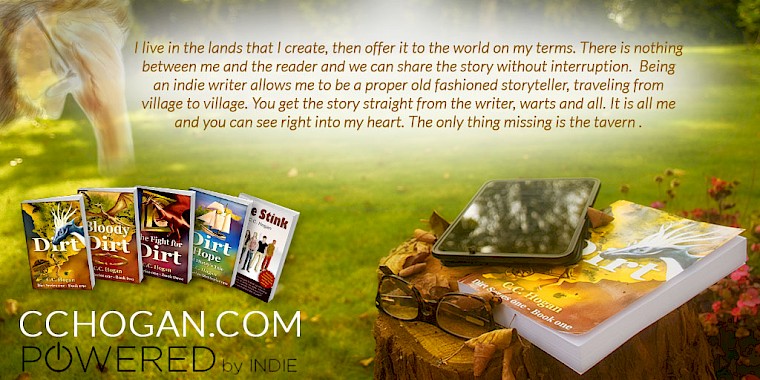 If most authors were honest, which of course we must never be (we are storytellers after all), we would all love to be picked up and carried along on the wave created by a big publishing house. We would have editors at our beck and call, designers rushing to us with their cover ideas and a marketing department desperately thinking of twists and turns to help sell our books. And, of course, someone else would be paying for it all.

But, for good or ill, most of us are outside of that world and have to do it ourselves. Welcome to the world of the independent author.

Now, I am not going to tell you how to become an indie author or fill the page with magical insights. That is not the goal here and, to be honest, I am still struggling with it all, so my advice might not be the best. But having found myself in this world, what do I like about it?

Amazon is running a promotion in this month of October (2016 - old article this) called Powered by Indie, and they are encouraging us to tell you the good stuff. Well, I am obliging scribbler, so here goes.

I have been writing for years; poetry, unfinished novels, copywriting, a bit of corporate stuff and also music. Out of that lot, the only one that has made me any money has been the music, but that is because I come from the music and sound industry and I am comfortable there. 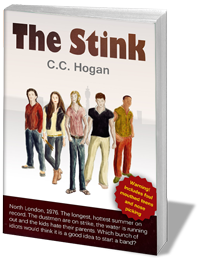 A couple of years ago I decided I would try writing a bit more seriously. I had a half-finished book called The Stink that had been sitting in a drawer for five or more years and it seemed a good place to start.

The book ticks many of the right boxes that they tell first-time authors to tick. It is based on my own experiences, it is set somewhere I know and it tells a story that is not a million miles away from my own. Having written the first draft, I tried to get myself an agent. Well, to cut a painful story down to size, it didn't happen. I had some very complimentary things said about the story, but I seemed to keep missing the boat. I decided to go the indie route and published the book on Amazon as both a paperback and a kindle edition. Please go and buy it - it is a nice little riot of a book!

After that, I sort of had the bug. I had sold almost nothing yet, but that didn't matter. I had written an entire 130,000-word book, done the cover myself and got it out there. So, I thought I would write a little comedy fantasy.

I am not exactly sure what went wrong. I think it was the dragons. As I started writing Dirt, giving my characters a good sense of humour because this was going to be a comedy, I realised their world was crashing around them. I also knew that the key to the story, the thing that would make it different, were my dragons.

My dragons are intelligent, cultured beasts, if rather on the big side. If you are such a creature, why the hell would you want to live in a damp cave and eat humans? No. Mine would live in villages, would brew beer, would love their friends and would cry when things went wrong.

My book was changing. It stopped being a one-off little comedy (though I have kept the laughs) and became a saga. By that I mean it became a tale of friends and family, a story that would span generations. I also had a suspicion that this might make it very difficult to sell to an agent. It would simply not fit their template.

I was right too. The first comment I got back from agents was that I was spending far too much time on dialogue and the feelings of my characters. Get on with the action and can we have more deaths and a bit of fire-breathing, please? This is a fantasy, not a proper book!

Well, no. Sorry.  My dragons are not murderous beasts; they are a society that is in peril. I want people to enjoy the battles and the escapades (and there are plenty of both), but I also want them to know the characters deeply. It might mean that my story starts more slowly and has long intermissions, but those who have liked my books have loved that. The most common response I get in emails is from readers who feel they could live in my towns and villages. They can really imagine what life must be like on the lands of Dirt. And, most importantly, they relate to all my characters, even the ones with wings.

My characters, human and dragon, are not the unbelievable heroes of myth and so many fantasies. They are real people, ordinary people, you and me.

Being an Indie Author has not just allowed me to take a riskier route with my stories, but it has allowed me to explore ideas in a different way.

I am writing Dirt Series Two at the moment (it is now well and truly out!) and with the two series combined I have generated around 150,000 words of notes. Notes about the characters, the dragons, the world, the politics, the religion, and even the weather. I have maps and sketches, odd thoughts and ideas for spin-off stories.

So when I created a dedicated website for the books, AWorldCalledDirt.com, I decided to put lots of these notes up for people to read. The website has a section called The Abbey. Here I am rewriting my notes as articles (as if written by my characters), which will tell you far more about my complicated world than I can possibly squeeze into the story. It is a labour of love, this, and I have a suspicion that as a new author there is no way I would persuade a publishing house to pay for it. As an indie author, of course, it has cost me nothing but time. While I was learning to draw, I also learned how to create websites from scratch.

There are problems with being an indie author, of course. Many authors out there spend huge amounts of money on covers, editors, proofreaders, advertising and the rest. Goodness knows if they ever make any of it back.

I am part of another group - those indie authors who have no money and do everything themselves. Now, I know some trolls out there think we should be wiped off the planet, and I have had a couple of very nasty reviews and emails from lower lifeforms, but a storyteller is a storyteller. We work hours on our books. They may not have the best covers, they may have typos and spelling mistakes, but they are dripping with love.

What is next? Well, as I said in the beginning, I come from the sound industry and, if I say so myself, I have a distinctive London accent and know how to read out loud (visit my YouTube channel). So, I am going to record the audio version of Dirt. Will it be different again? Of course it will. I am a composer, remember? So I will also write music and make it nice!

So, take a risk, and buy books from us Indies.

We are the bards, the tale bringers of old, who sat in taverns and told their tales to people who just loved to listen, rather than the posh people who performed in the king's court. Our stories are raw, new, brave and original and they are aimed directly at readers who want to take a chance with something different, not just the same-old-same-old from a large corporation.

When you buy a book from an indie author, you are getting it warts and all. It has come straight from the writer and you can see deep into our hearts.

Just be nice to us.